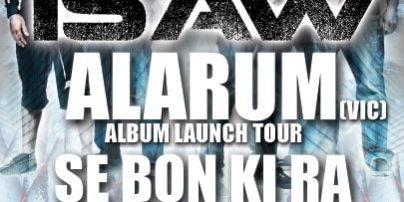 Alarum are back with their new album ‘Natural Causes’! From Melbourne the four piece astonishingly blend all forms of metal alongside rock, jazz, latin and fusion. This is a show not to be missed! Also joining the onslaught are locals ISAW who have recently released their debut album ‘The Identity’. Rounding out the lineup are Australian thrash masters SE BON KI RA.  A Murder Of Crows