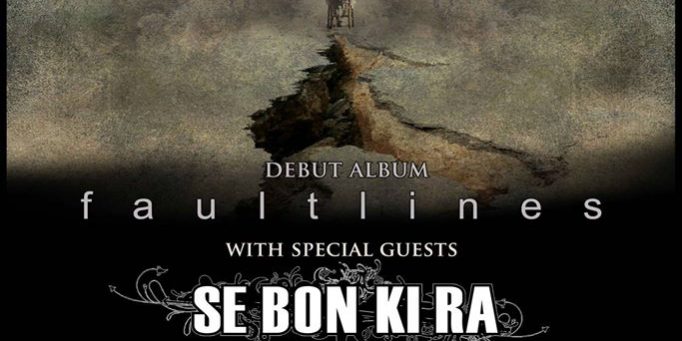 New Paradigm, a four piece metal outfit decidedly refused to label with any word or genre other than METAL. From start to finish, Faultlines explores a vast range of musical ideas that test not only the technical ability of each member, but their capacity to conceive something genuinely different.

Lead singer, Lennie Pederick, fronts the band whilst wielding his trusty wireless keys in a breathtaking display of coordination and skill, alongside Sam Teague, contrasting with his guttural vocals and unearthly guitar ability. A tight rhythm section, formed by James Read on bass and Brad Teague on Drums, drives the band harder than an Egyptian slaver.

Inspired by the success of recent shows, along with a solid DIY attitude, New Paradigm is hosting the launch of their album in July, with plans to tour Australia in early 2014. Supported by the mighty SE BON KI RA, Dyssidia and Voros, this show promises to be one of the best local shows of the year!

Where: ENIGMA BAR, 173 HINDLEY ST ADELAIDE
When: 20th JULY
Doors: 8:30pm
Pre Sale Tickets: $12 available through any of the bands or online at www.newparadigm.bigcartel.com
Entry: $14 at the door. 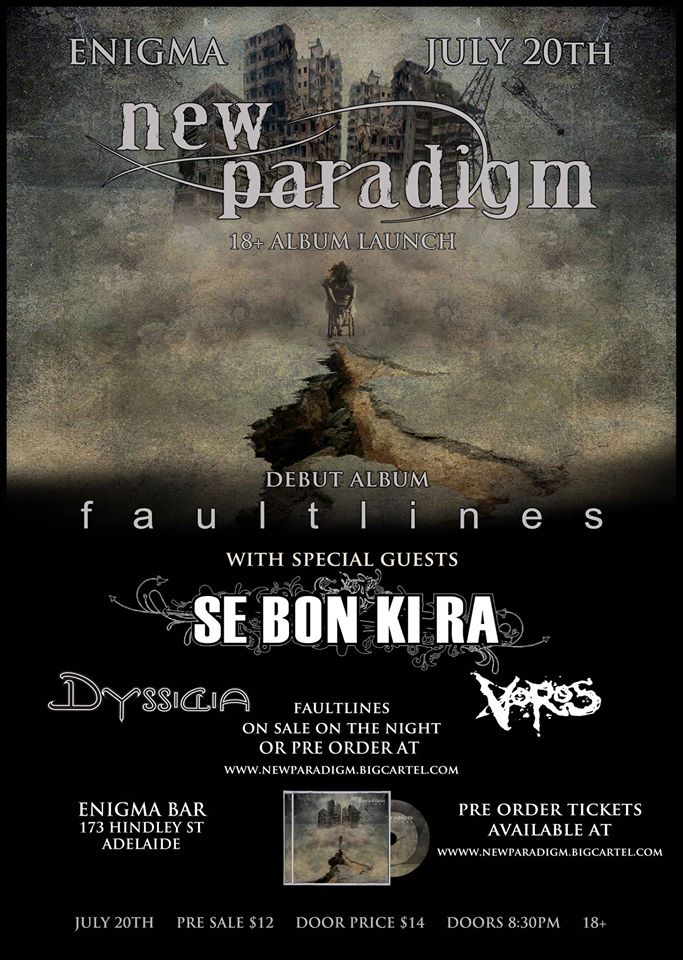 SE BON KI RA’s name comes from a Haitian proverb meaning “good is rare”. They believe that heavy metal can be powerful and carry meaning without being based on the negativity often stereotypically associated with the genre, which shines through in everything they do. Having played a 6pm timeslot at Big Day Out, this band is a force unto itself, boasting not only extremely talented musicians and songwriters, but a driving force behind them that will see them accomplish great things!
https://www.sebonkira.com/

Dyssidia have blown away crowd after crowd with their awe-inspiring performances and raw talent. Taking melodic metal to a whole new level, laden with emotion and power, you need to experience them for yourselves to truly understand the depth of their music. Their new EP has just returned from Fascination Street Studio, Sweden, mastered by Jens Bogren (Opeth, Soilwork) and soon to be released. Check out a preview of what’s to come at
http://www.facebook.com/dyssidiaband/app_178091127385

Voros exploded onto the metal scene with their EP, The Sky Burial I, and a live show like you wouldn’t believe! Featuring members of Double Dragon and A Red Dawn, Voros took all the best bits and made them even better. With parts II and III of their EP to be released later this year, Australia has a lot to look forward to. Make sure you arrive in time to see Voros kick off the show with a whole lotta FUUUCCKKK YEAAAHH!
http://www.facebook.com/vorosmetal/app_2405167945