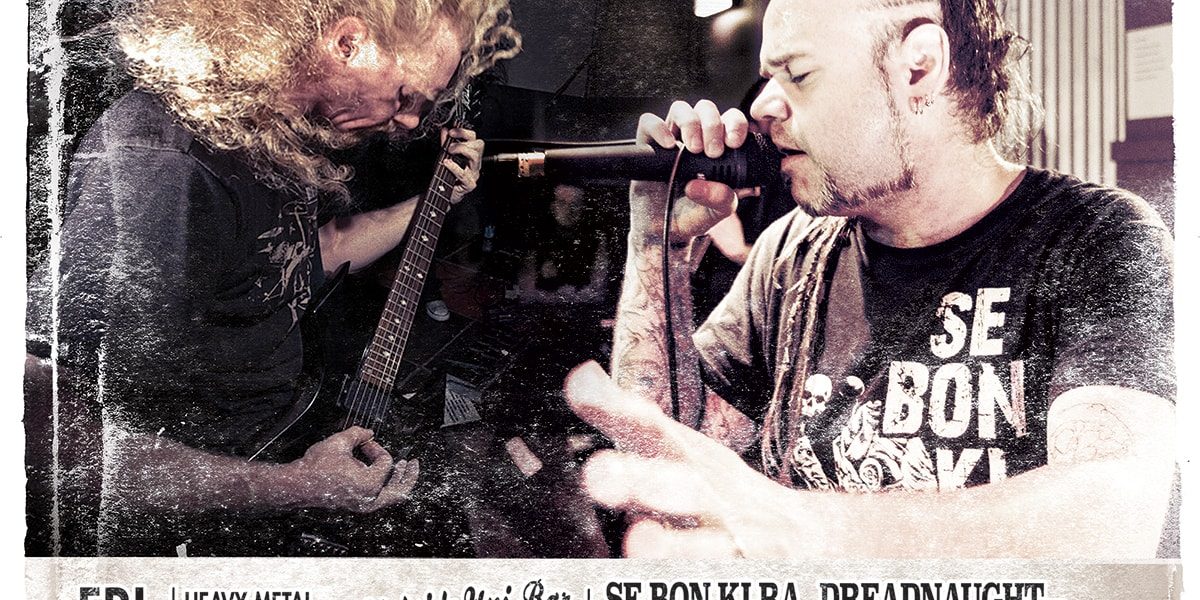 It’s on! And you’re invited to get amongst it. This Valentine’s Day share in a romance of a different kind – a good old fashioned SA versus VIC grudge match. A no holds barred, no remorse, heavy metal face-off… feel the love!

There’s a solid reason why each of the five bands will be putting up their strongest fight on the night. SE BON KI RA (SA) are following up on the recent release of their killer new album In The Wake of Change and Dreadnaught (VIC) are battle ready preparing to launch their upcoming ‘Live in the Dirt’ DVD. Truth Corroded (SA) are still on fire after the recent release of their crushing new album The Saviours Slain and Desecrator (VIC) have been tearing it up across the country on the back of their brutal limited edition 10 inch vinyl Down to Hell. Local thrash metal favourites Imminent Psychosis (SA) are also pulling no punches following up on their much acclaimed release To Walk With The Dead.

These South Australian and Victorian heavyweights will clash on:

Valentine’s Day drink specials. $5.50 Vodkas.
Be there to see SA smash it! 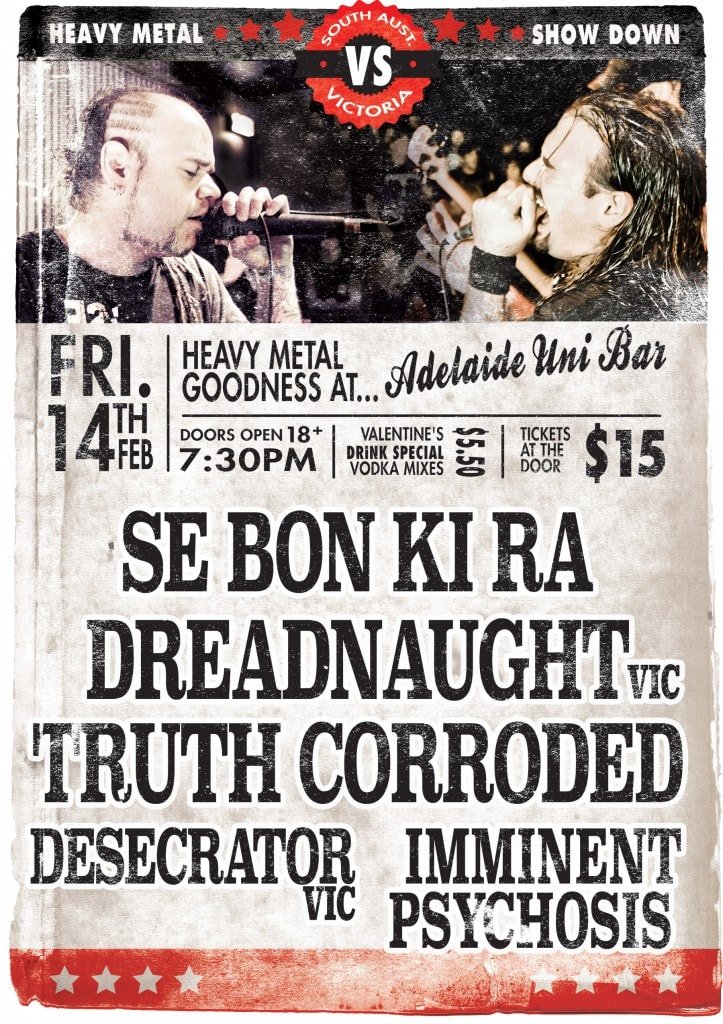