dB Magazine Review IN THE WAKE OF CHANGE

It’s been a fair while coming (their initial EP ‘One Thousand Ways To Be’ was released four years ago) but the debut full-length album from Adelaide groove metal machine Se Bon Ki Ra is here, and it has most certainly been worth the wait.

‘In The Wake Of Change’ was recorded locally at Against The Grain and Capital Sound, and mixed in the UK by the highly regarded Scott Atkins (who has worked with Sylosis, Amon Amarth and Cradle Of Filth, among others). Atkins deserves credit for capturing the manic and blinding intensity that is the essence of the band in the live environment, as anyone who has seen them perform will attest. What also emerges more clearly is the band’s keen sense of melody, not to mention a few more subtleties that are not immediately evident when Se Bon Ki Ra are tearing it up live (Breathe The Light and the sublime Dark Serenity being prime examples).

One of the advantages in taking their time and honing their craft is that their sound is now fully formed. Occasional influences can be heard here and there but ‘In The Wake Of Change’ is in no way derivative – this is original, passionate and also uplifting modern metal. My own particular favorites are the storming first single This Life I Create, the frenetic With Every Breath, and Quest Of The Mindkilled with its relentless, bass-heavy groove, but the quality is consistently high right throughout the album’s fifteen tracks. Mention should also be made of the lyrical approach which draws from and lays bare all the ups and downs, twists and turns that happen in life. Rather than focus on the negative, ultimately the message is one of perseverance and self-belief.

Capped off with some striking and evocative cover art courtesy of UK artist Dan Mumford, ‘In The Wake Of Change’ proves once again that Adelaide metal stands shoulder to shoulder with anything produced anywhere else in the world. So go on … buy local at www.sebonkira.com. You can also catch Se Bon Ki Ra live when they play the Enigma Bar on Friday 15 November along with Melbourne’s Scar The Surface. 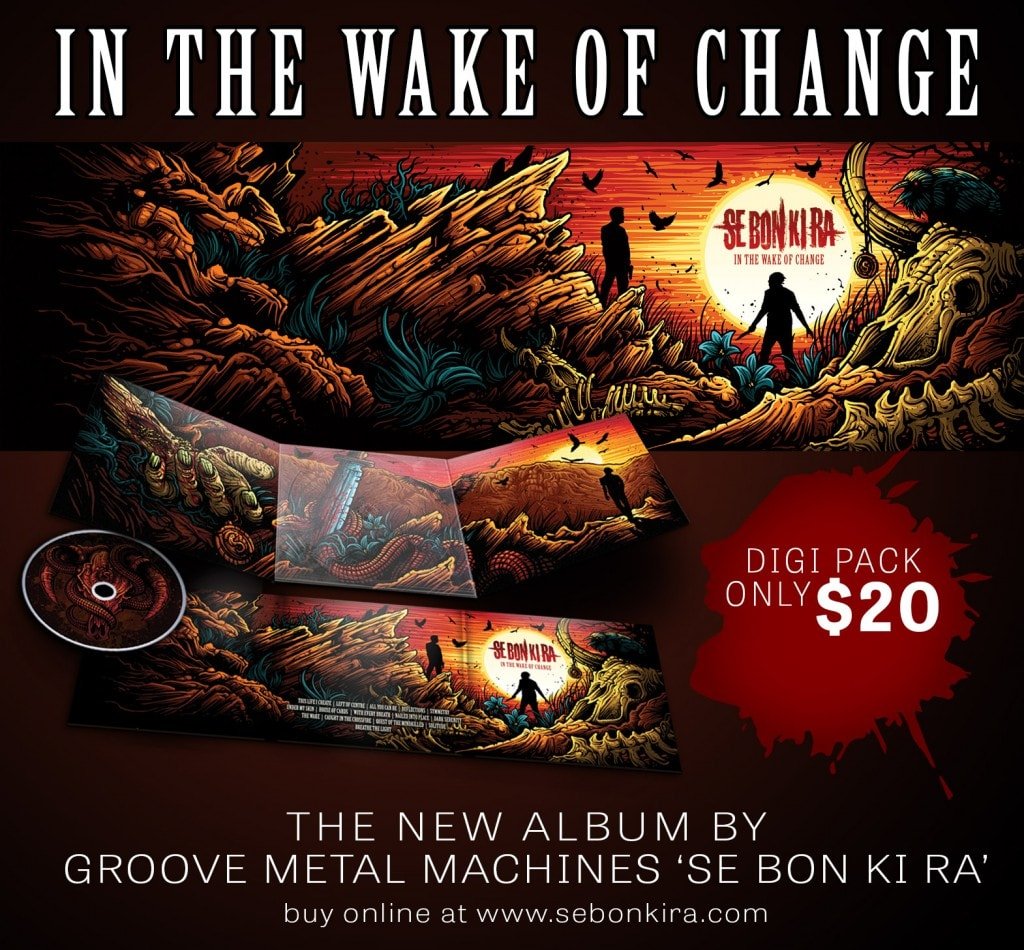