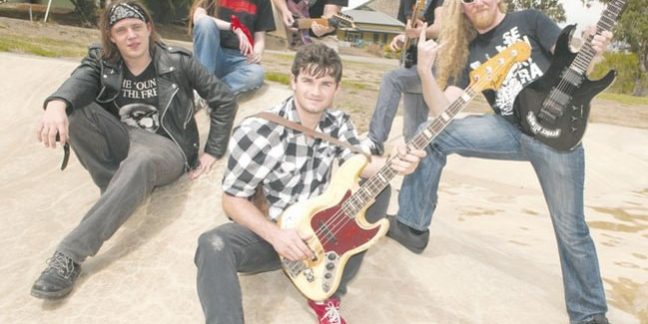 Food stalls, drinks and lots of other entertainment!

Read the extract from an interview featuring SE BON KI RA  about the upcoming event in the Adelaide hills local newspaper, The Weekender Herald.

The usually quiet town of Gumeracha will come alive with the sound of music when the 2013 Youth Week event GumaROCKa! kicks into gear.

The free youth festival will be held on Saturday, April 6 and is a collaboration between Adelaide Hills Council, YAC, Employment Options Youth Connections, TVCC and AITEC, with support from the Torrens Valley Lions Club.

The annual music event began three years ago as a small concert for the northern towns in the Adelaide Hills Council area and has since grown exponentially.

“It’ll be a great celebration of everything youth in the Adelaide Hills and we’ll be playing some tracks from our upcoming album to finish off the night.”

Read the full article over at The Weekender Herald.